5 Reasons to Invest in a Horizontal Machining Center 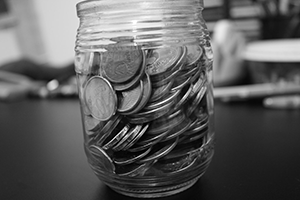 Change is often difficult. We tend to get comfortable in the way we’ve always done things. Then there’s the fear of making a bad decision, which can cloud our judgment. That’s why it’s important to carefully consider the advantages and disadvantages when expanding or upgrading your CNC machine capabilities.

If you’ve always relied on Vertical Machining Centers (VMC), it may be difficult to justify the higher purchase price of a Horizontal Machining Center (HMC) unless you know all of the facts. Of course, if you never intend to machine anything other than large, flat workpieces that require a single operation, a quality VMC may be all you need. On the other hand, if you plan to work on more complex, prismatic parts of various sizes, here are 5 reasons why an HMC is the most cost-efficient solution in the long-term.

With today’s competitive environment and the need to generate greater income per job, moving up to a quality Horizontal Machining Center is a change for the better. To learn more, contact the manufacturing technology experts at Gosiger. They can help you determine which CNC machine is right for your needs.